Skip to content
Home » offsite » What Is the Truth Behind the Speculations About the Latest Google Updates? 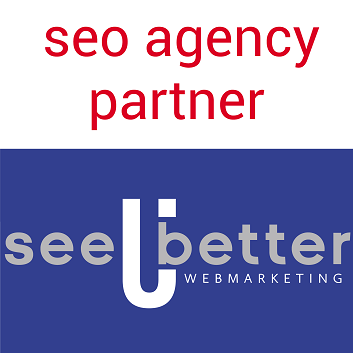 From time to time, Google has been updating its algorithms in an attempt to offer the best services to their customers. The updates make a lot of SEO content-based businesses panic, but they should be happy instead as long as they adhere to quality content that is not spanned. With each update, a few businesses get a poor ranking, which translates to few visits and likes. If this continues for long, internet-dependent businesses can go out of business, and this is the real reason people panic and speculate.

The latest Google update that has not yet been confirmed by the company has already been named: Fred is the latest update. The name came from the previous comment made by Google’s Gary Illyes, saying that all the updates to come should be named Fred. The conclusions that Google has launched another algorithm update have been a draw due to the massive ranking changes that have happened to most business websites. There is too much volatility and unpredictable patterns that when they occur, there is a high likelihood that an algorithm update is effected. This is according to the numerous webmasters and SEO specialists who have been working very hard to determine what is causing the uncertainties.

Word has it that the new update was targeted to curb the SEO web spam, commonly known as the black hat. These sites are making it to the top ranks in a Google search even if their content is not of good quality, thus denying the hardworking businesses that depend on Google to slowly go out of the market as they lose popularity. Google has launched other algorithm updates before like the penguin 4.3. The effects experienced are the same that businesses have been experiencing these past few day. Although Google is reluctant to confirming when an update occurs, people have always had a way of finding information. Google gives the typical expected response claiming that updates are carried out daily, sometimes even three times per day. This assures the clients that everything happening is normal.

With the Fred case, Google is yet to confirm or deny anything. It is advisable to stay calm and wait for an official communication from Google through their webmaster, which they use to communicate most of their important news. It is wise to take time to observe the changes that will affect your site and give it a few days or a week to see if this shift will be permanent. Rushing to change things may make you incur unnecessary expenses. French SEO consultant Patrice Krysztofiak recommends webmasters and business owners not to panic, since the algorithm might not have been completely deployed yet. “Calculations on billions of websites can create a domino effect that could take up to several days or weeks to stabilize, it is wise to wait and see”.

Whether there was an update or not, for SEO businesses, ranking changes every day, but with the rampant volatility that has been detected by the automated tracking tools, it is only wise to start reading and finding out what to do to improve your ranks if you have seen a decline in the levels. As for the people who have mastered the art of spinning and producing poor quality, the era of using backdoor means to market yourself has come to an end. The bottom line is that the updates are for the greater good, and are a sign that Google is committed to providing fair opportunities to all the clients who produce good quality content. This will be a big benefit to website visitors because they will access quality information that is not spanned.